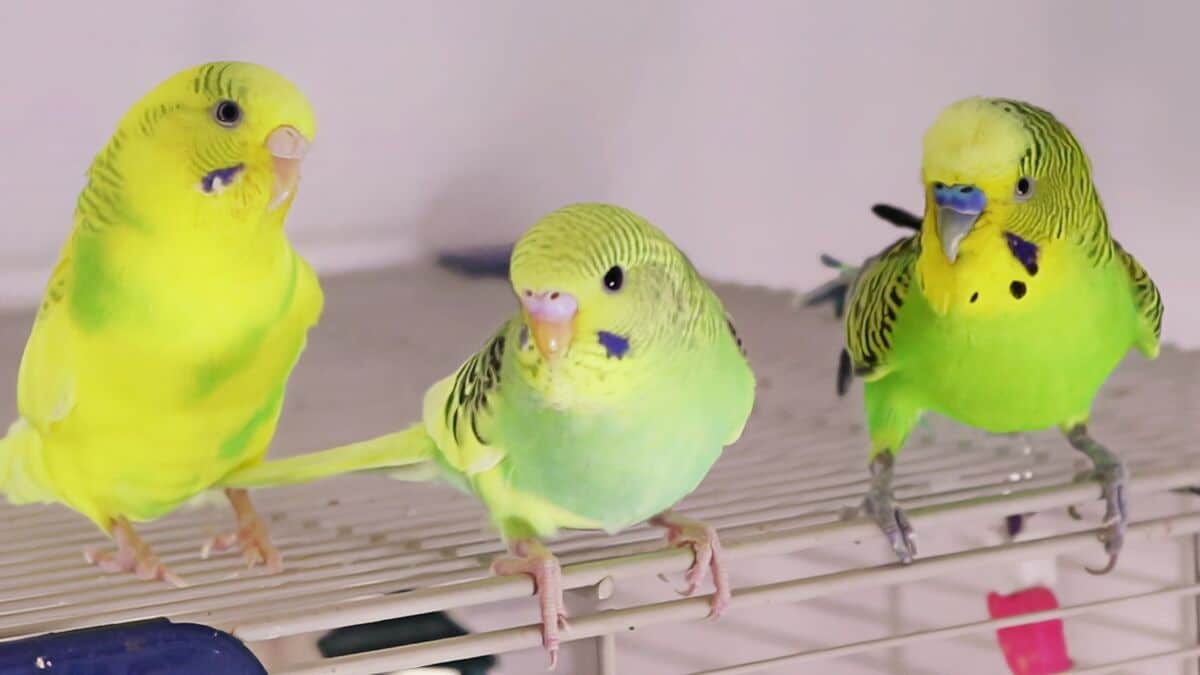 Budgerigars or as they are commonly called, budgies, are the most loved birds in the world. They are the small colorful species of parrots native to the Australian continent for 5 million years. Although their introduction to Europe and the eventual popularity is credited to a naturalist John Gould and Charles Coxen, his brother-in-law, around 1838, their first-ever mention was by George Shaw in 1805. Soon after their entry into Europe, they became Europeans’ favorite and found a way to wealthy homes. But it didn’t take them long to be common man’s loved being when around 1950, they were showcased at Antwerp Zoo in Belgium. These beautiful creatures made their entry into the American continent in the latter part of the 1920s and became everyone’s favorite in the 1950s.

As around 1894 Australia banned its export, the Europeans had to start in-breeding their existing stocks as they didn’t want their favorite pet bird to completely disappear from their continent. This in-breeding gave rise to a new variety of budgies, the English budgie, along with the traditional variety, the Australian budgie. The English budgies are comparatively larger as compared to the traditional ones. Although not distinguishable at first, they have quite a few differences, if observed by a keen eye. The English budgies are roughly 1 to 2 inches longer but appear to be double in size than their wilder counterparts. This is because of the fact they are more feathery around their crown and face which makes them look really beautiful.

The English Budgies are also called ‘Show Budgies’ as they are widely displayed during exhibitions and pet shows across the world, especially in the United Kingdom.

Budgies are believed to be the first-ever bird purchased and kept as a pet by humans. That is justified seeing this little beauty. They have a length ranging between 5 to 11 inches and their weight could be anywhere between 30 to 40 grams. They are naturally light green with black markings along with their feathers on the back. The color of the face and the forehead is yellow, Their tail is dark blue and the wings have feathers in greenish-black color. They are nothing less than a color riot for an art lover.

Male budgies can be easily distinguished from the opposite sex by looking at their nose, also called cere. The color of the cere in males is royal blue and those of females could be light brown or white if they are non-breeding and dark brown, if the females are breeding. When it comes to the immature little budgies, this color is pink or sometimes purplish-pink. This makes it difficult to distinguish between a male and a female budgie when he is still immature.

Their ability to produce sounds makes them a favorite among bird lovers and keepers. Their sociable behavior makes them everyone’s favorite. These little birds are very cheerful and vocal. They like to learn new words and even phrases. They’ll learn new words from you very quickly, so be careful with your words. You can make them learn certain words to greet your guests like, “Hello”, “Thank you”, “Bye-Bye”, etc. You can also teach them some rhymes by repeating it in the same tone and manner every time. Make them watch a child-friendly television channel and they will pick up a good amount of words from there.

Budgerigars small size is another reason for them being everyone’s favorite as this makes them very low maintenance when it comes to their cleaning and caging. But this certainly doesn’t mean that they should be less cared for. They need care and attention just like any other pet. They will demand much of your time and attention daily to satisfy their social needs. The companionship provided by the budgie-owners is the reason that these little beings have more than double the life-span in captivity than the beings in the wild.

BUDGIES IN THE WILD

Budgies still dominate the open grasslands, woodlands, and scrub-lands of the Australian continent in large flocks where they live in large numbers together. As budgies are known to be very sociable birds, even in the wild, they can be seen living in the flock together, sometimes thousands of them living together and even flying together in synchronized movements. Since they are considered the nomads, their flocks keep shifting as per the availability of food and water. They primarily feed on seeds, fresh fruits, and vegetables. They get all the nutritional requirements when living in the wild.

Wild budgies are very selective about their partners and they don’t like to mate till they live with the other and start liking his partner, just like humans. When they like someone, they express it by preening or feeding their partner. They like to mate around rainy seasons.

When it comes to their housing needs in the wild, they are one of the few bird species who don’t make nests but resides in the barks of the hollow trees or even in the branches. The females lay their eggs inside it and hatch after 3 weeks. The parent budgies, just like us humans, don’t leave their young ones alone till he can be on his own.

Although very small in size, budgies are very brave creatures. When they fall ill in the wild, they show a strong exterior to protect themselves from their potential predators, snakes, and hawks. Not only this, the biggest threat to them comes from humans. The local tribal people hunt down these beautiful creatures for their feathers. They use them in their traditional rituals or use them to make their costumes. Such dangers in the wild cut short the life-span of this bird to approximately 5 years only.

BUDGIES IN THE HOUSE

Budgies as pets are the most adored of all birds. When it comes to choosing this little birdie as your companion, the varieties are endless. As in their natural habitat, they are found in only green color, this is not the case when it comes to keeping them at home.

Breeders across the world have developed various colors through mutations to keep the popularity of this beauty at its peak. Along with the color mutation, the feather mutations have also resulted in varied varieties. When choosing a budgie, you have an option to choose from a green budgie, a blue one, olive, yellow, albino, blue, violet, spangled, and even clear-wing. The feather mutations have given them long fluffy feathers or one with the crests.

Budgies need a lot of attention

Your pet budgie will dominate you by demanding more of your attention. They are such inquisitive beings that they explore each and everything that is kept around them. Budgies receive training from their owners not only for their protection in emergencies but also to be able to fit in the family just like any other family member.

They learn how to live in the home from their owners and also develop a bond with them, meanwhile.

The needs of the budgie are no different than the other pets like cats and dogs. Just like in the wild, they eat seeds, fresh fruits, vegetables. But while at home, these little beings often fall sick due to neglect in their diet. Owners tend to over-pamper them with carbohydrate and fat-rich diet which shortens their life span. Before bringing a little life at home, we must know the tiniest details of how to keep them fit, healthy, and happy. Regular visits to the vet are important. Exercise is a must for a bird, especially when in captivity.

Budgies can be kept indoors as well as outdoors when kept at home. As much as they are kept in the cage during their initial days at home, they are allowed to make frequent trips in the backyard when they are fully trained. This gives them a chance to fly a little and connect them with their real habitat, the greens.

Taking your little beauty to the pet shows would also be a great idea to kill their boredom. As much as the dogs enjoy their evening walks and we all enjoy going out for a movie, birds also need a break. This would also give them a chance to showcase their talents there and give them immense pleasure by being the center of attraction. This is why the pet budgies are often displayed by the owners proudly not only as a valuable possession but for the love of them.

When bringing life at home, however tiny it is, we all need to keep the fact in mind that our slightest carelessness could cost that little being his life. Many budgies die in the initial few days of adoption. We all don’t take the responsibility of such a huge mistake by saying he wasn’t eating well, he fell sick himself, he felt lonely because of being the only bird in the cage and the list of excuses goes on.

But the fact is that all these responsibilities are ours’. Just like before welcoming our baby, we research every possible detail, how could we not do the same in case of a life of a different species. So get educated thoroughly, read those books, go through the specialist blogs, meet the experts, attend the pet shows where all the information and even the products are available relating to their food, nutrition, health, and happiness is readily available. Prepare yourself before your baby is delivered!