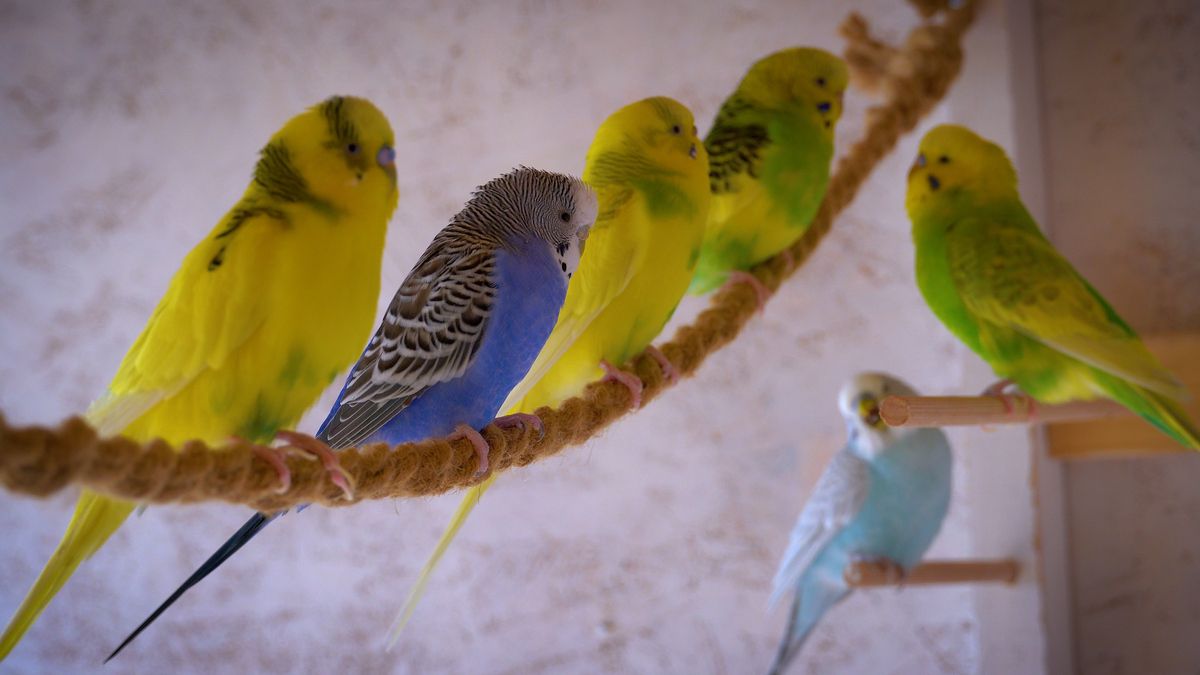 Male vs Female budgie as Pet? You need to know their behavior, which you can learn to talk and tame easier, who is friendliest? So which is better?

We often wonder which gender is best when choosing your pet, people often think that there are some very big differences between the male and female gender. Of course, they exist, but the differences are not so huge. Primarily, these differences consist of variable forms of behavior in male and female individuals. As with people, there are certain forms of behavior. For example, women are much more emotional, while men are declared as those who do not have developed feelings like women. It is the same with animals, there are no such differences, but there are significant ones.

First of all, if you already have a large number of budgies in your home, then you want to know what gender your bird is if you don’t want to have even more of them. If you have a male and you get a female, and you keep them in a common area, be sure that the number of your budgies will increase.

When we talk about budgies, small budgies are much calmer and more attached to their owners, while females are a bit more aggressive to protect their territory. However, of course, this does not have to be the case.

Male or Female Budgie which is better?

Research has shown that small budgies are quite friendly, calmer, and easier to train, while females may or may not be a little more aggressive and disobedient. Of course, that doesn’t have to be the case at all.

How your pet behaves depends primarily on you. If you provide your pet with adequate living conditions, it is normal that he will also have acceptable forms of behavior. Before you ask yourself whether you want a female or male pet, see if you have all the conditions to take care of your future pet. Of course, you must have a certain amount of money that you will be able to set aside every month for the needs of your birds, that is, to buy adequate bird food, and treats, clean the cage, or buy certain toys to keep your bird entertained. Of course, you don’t need a large amount of money for that, primarily because of birds like a lot of different foods, and you can make toys yourself.

The next option is time, whether you have enough time to devote to your bird. It takes time to clean the space where your bird lives, and change food and water, since budgies are very social birds, you need to spend a certain amount of time with them.
So the answer to this question is male or female budgie does not play an important role for us. It is important that you can take care of your bird, whether it is male or female, it does not require any special care nor do they have any significant differences.
The more you commit, the more you will get as a result.

Keeping male and female budgies together?

This question requires a slightly longer answer because the answer depends on what you want.
If you have a lot of work and spend very little time at home, your bird will be very lonely. Especially since it is a common story that budgies are very sociable birds and require company in their presence. So adding another friend to your bird is a great idea. Primarily because he will have constant company with whom he will have fun.

When we talk about the females of this species of birds, they are much more dominant in the environment compared to males.

If a male is visiting as a bird, and your cage is not that big, then add another male to your bird. Primarily because then there will be no possibility of reproduction between these two individuals and you will not be greeted by a small egg in the cage one morning.

If you have a bigger cage, then you can add a female to your male. Why is a bigger cage important, because the male can hide in his area if the female rejects his courtship when the level of hormones in her body increases.

Since females have an innate sense of territorial defense, keeping two females together in a cage is not recommended. The advantage of keeping two budgies together is great, especially if you are at work or away from home for too long. The loneliness of this bird can lead to depression, so the best option is to get your bird a friend.

If you bought a new bird, it would be advisable to keep it separate for a while, until it gets used to the new environment, and only then connect it to the new friend.

It has been proven that males are much better at talking than females. Primarily because they are calmer and more obedient than females, it is much easier to teach them to speak. It is also very objective because it does not necessarily mean. You may be lucky enough to find a female who can learn to speak very quickly. Females are a bit better at whistling than humming.

Males and females have identical vocal organs, so the chance to speak is equal for both males and females. As said, it also depends on the environment, because some budgies can learn to speak even if you don’t train them to do so.

Small budgies are much more reserved, calmer, friendlier, and more attached to their owners. So there is a greater chance of being more playful than females. Because if they are more attached to the owner, it is logical that they will want to spend more time with him, and also play with and train when the owner wants it. Females are a bit reserved when it comes to relationships and it’s harder to tame them, but that doesn’t have to be the case at all.

As previously mentioned, it is important how much you try and provide for your birds. If you give a lot you will get a lot, if you give a little you will get the same amount. That’s why at the end of the story, your will and persistence, and the love you give to your pet are more important.

Yes, it has been proven that females are much more aggressive than musicians. As already said, they have that innate feeling to protect their territory where they live, which is of course logical. If the female has hatched her eggs, of course, the only task she will do is to protect her birds. So that innate feeling makes her a bit more aggressive than men.

They are also a little harder to tame, precisely because of that sense of aggressiveness they possess. Also, by changing the level of hormones in their body, they may reject a musician who is courting them and then later hurt him. However, this is a really rare case. Everything depends on where your bird lived before, whether it had adequate environmental conditions, whether you paid enough attention to it, etc.

As you could see, we have a unique attitude, which is that if you want a pet, it is first of all important that you be a responsible owner. A responsible owner is an owner who will consider before buying a bird whether he can keep it at all, that is, whether he has enough time, money, and love to devote to his pets.

Once he realizes that, everything else falls into place. Money is important, but it is not the most important. You must have the desire and enough love to dedicate yourself to your birds. It is the same with people, if you give someone love, support and attention, it is logical that you will expect the same in return. Birds may not be rational beings like humans, but they feel and know when someone loves them and gives them everything they have. Therefore, be the ones who will be ready to give your bird what it wants at any moment, from food, drinks, veterinary examination, friends, games, and the like.

Whether the bird is female or male does not have to be the key question. We have given you the answer and females can be more aggressive, but this does not have to be the case. Females can be just as social and calm as males if you teach them that way. Men are naturally calmer, but that doesn’t have to be the case either. E.g. if they previously lived in unfavorable environmental conditions, then it is also logical that the bird will either be more aggressive or will be afraid of people.

So the environment in which the bird lives plays the most important role. It is important that the living environment is peaceful and that it provides them with everything they want. The rest doesn’t matter.

5 thoughts on “Male or Female Budgie to have as a pet?”

link to How to tame a Budgie fast?

Budgie, also called Budgerigar is a cute and delectable bird. Owing to their playful and energetic nature, pet lovers have a wonderful time taming them. A budgie is not difficult to tame but it may...