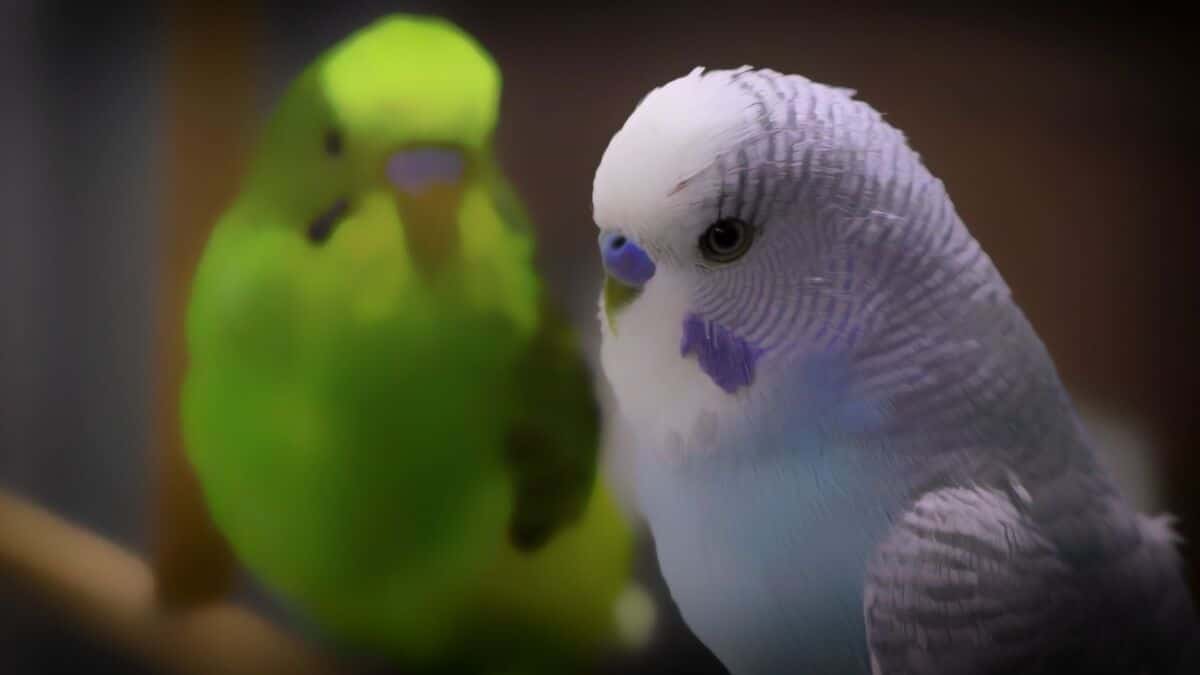 Budgies kill other Budgie is not a common act to witness and there are only very limited instances where this might be a possibility.

An extremely social bird, Budgies are naturally inclined to live with their flock when in the wild. The flock fly, eat and play together, each of them carrying a strong individual personality. And when there is more than one strong-headed outspoken personality living in a group together, arguments are inevitable. Hence, the infamous personality trait of budgie being territorial.

When a budgie is adopted to live inside cages, this inherent behavior of the little bird flares up when the situation demands. Getting possessive about his space inside the cage just like in the wild they get territorial about their search areas marked for food and water, or fighting over food while eating from their food bowls comes from their competition in the wild to survive in the flock and not succumb to hunger.

Additionally, many budgie parents complain about their female budgies to be more aggressive than their male counterparts. And there is nothing abnormal in it as this is generally the case when they are in the wild too.

That said, their fights aren’t of the magnitude of being deadly. Just like any other species, they quarrel and make-up soon after. But as with other species too, sometimes these little quarrels lead to an unexpected result, with killing each other the extremist thing to happen, budgies’ fights might sometimes meet the same fate.

Situations when a budgie kill another budgie

Budgies killing each other is not a common act to witness and there are only very limited instances where this might be a possibility. On the experiences of budgie parents around the world, we have listed a few situations where budgies have ended up killing their flock members.
During illness
A budgie senses the illness of the other budgie cage mate quicker than the budgie parent. Not only the illness, but he is also adept at sensing if that disease is threatening enough for him too. In case, he’s sure that the other budgie has been engulfed in an incurable and deadly disease and he is a threat to him and the rest of the birds inside, he might kill the sick budgie for the good of all.

Female budgies experience hormonal changes during the egg-laying season and therefore, become extremely aggressive. A female budgie gets way too possessive for her eggs and fights hard to protect them. Anybody coming near her eggs faces the wrath of her anger and sometimes that anger might surpass a limit ending into her killing the other budgie.

This is the most talked-about negative behavioral trait of budgies. They are extremely territorial and sometimes cross the limits of acceptable dominance. This normally happens during the times’ budgies experience hormonal changes. The females especially become more aggressive and can shout and nip at their mates, sometimes so hard that excessive bleeding might kill the bird before the budgie parent even realizes something has happened inside the cage.

Budgie mates are known to divide their duties while raising their babies and they take this task very seriously, especially the female bird. If the male lags somewhere or goes even a little out-of-line, the female sets him straight by attacking him hard, sometimes verbally and the others, physically. A real experience by a budgie parent on a budgie forum testifies this behavior and the poor male budgie ended up losing his life with excessive bleeding when the female attacked her badly misjudging that the male wasn’t feeding their babies on the specified time.

When a new flock member arrives

Another occasion of budgies showing possession over their territory is when a new budgie is introduced to the cage. Though not always, the chances are high that the old budgies do not like their privacy to be disturbed and also fear to lose their place to the new entrant. As a result, the older birds gang-up against the new already-frightened budgie and end up killing him.

Measures to protect your pet budgie from another one

A parental instinct would make any budgie parent protect his weak budgie from the aggressive one. Here are the various ways one can help the sensitive being.

Invest in a large cage

An ideal cage size we all talk about is for housing single budgie only. But if you’re going to make a few budgies share the same cage, get each of them enough space for themselves to rule out any kind of fights over territory. The larger the number of budgies, the larger must be the size of the cage.

If you aren’t adopting all your budgies together and happen to add them to the flock, later on, it is always wise not to keep the newly added budgies in a separate cage placed in the same room as that of the older budgies’ cage.

This makes both of them familiar with each other. Once, they are comfortable seeing each other, place both the cages just next to each other and notice their behavior towards each other. Give them some time to bond and if all goes well, put them in the same cage but still keep an eye during the initial few days.

Since a sick budgie is vulnerable to attacks by healthier ones as a defense mechanism, always take your budgie to an avian vet as soon as you sense a strange behavior. Excessive sleeping, low enthusiasm, and withdrawal symptoms are the few early warnings of the onset of a disease. Keep him in a separate cage until he gets cured completely.

Just like a parent keeps an eye over all his kids, it is our responsibility as a budgie parent, to stay informed about what is happening inside our bird’s little cage. Look for the early signs of a tiff. You can always separate the cage of two budgies not getting along well. It is better to separate them than letting the weak suffer and die. As far as we are thoughtful and act on time, our budgies will be safe.

4 thoughts on “Can Budgies kill each other?”