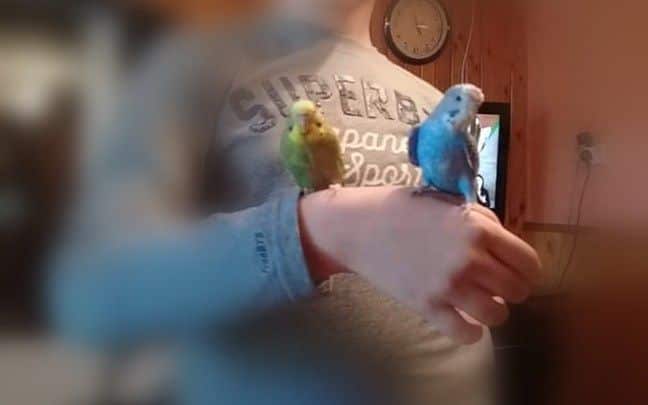 I adopted my budgie Coco on 25th June.

He was two months old. He was so small and could not fly and he came out from the cage when I first opened the door of his cage with walking. When I first tried to tame him he bit my finger.

I brought him to the pet store and the veterinarian clipped his nails and Coco had bleeding.

I tamed him on 20th August and he was as happy as I was.then I adopted my budgie, Cece, on 22nd November. She was very tamed as Coco, but some time later Cece untamed and she untamed Coco too and now I have no idea how to tame them again.

How Cold is Too Cold for Budgies? [Alen AxP]

From the past 50-70,000 years, budgies have been cohabiting Australians and have recently gained popularity in other parts of the world. It’s only about in the 19th century that they started living inside homes as pets. Their bodies have been genetically engineered to live in the not-too-cold surroundings as they’ve always inhabited semi-arid regions of the Australian continent. So, it becomes our duty to provide an environment to our pet budgie that is his comfort zone. And, clearly, that zone shouldn’t be too cold. But the question is when it gets too cold for budgies.

Though being native to warmer days and slightly cooler nights of Australia, it’s been a time since little budgies have migrated to temperature-controlled breeder shops. Since ages, he has lived between a maximum of 85 degrees Fahrenheit and a minimum of 40 degrees Fahrenheit.

When you adopt your budgie from a breeder, though his genetics wouldn’t have altered much, he’ll have his tolerance limits in which he has been kept since birth. Just like us all, he’ll also get uncomfortable with extremely hot or chilly weather. He can withstand a daytime maximum temperature of 90 degrees Fahrenheit and a night-time low of 40 degrees. Leaving him outside in the sun or snow can be fatal for him.

Read How Cold is Too Cold for Budgies?

One thought on “I adopted my budgie Coco”

Black Budgie or anthracite budgie is a unique and striking color mutation. This results in a dark, sooty-gray coloration that sets it apart from the more commonly seen green and yellow...

"10 Odd Budgie Questions" is a collection of curious and unusual questions about the popular pet bird, the Budgerigar. From their eating habits to their unique abilities, this article will explore...