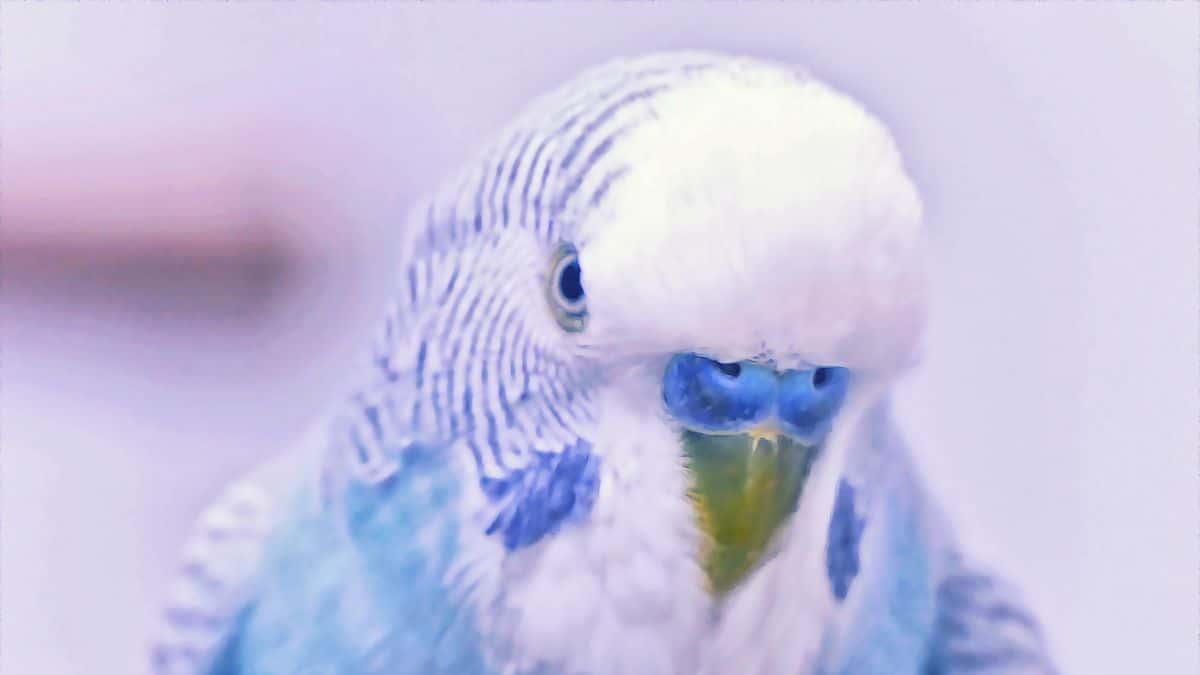 Melopsittacus Undulatus is the scientific name of the most loved pet parrot species in the world. More commonly known as Budgies, this name is also a shorter version of Budgerigars. But ‘Budgerigar’ is a result of a logical nomenclature coming not from biology but gastronomy. To understand, we have to go some 4-5 million years ago.

Budgies have lived in their homeland, Australia, for millions of years. Their incessant breeding in the wild multiplied them in millions by the time humans started existing. The first humans, Aborigines, in Australia came around 45,000 years ago. And to survive in the wild, they ate almost anything: Kangaroos, Platypus, Emus, Kiwis, and little green-yellow parakeets that were available in large numbers. For their easy availability and mass trapping (as these birds flock together in large numbers), the aborigines or the tribal people started stealing their nestlings to fry them directly over the fire and eat in groups. The evening dinner gatherings used to be small community get-togethers over this tasty piece of flesh which they considered ‘good food’ or as they said in Australian Aboriginal language ‘Betcherrygah’. With time, the name tweaked into ‘Budgerigar’. But for a few nomadic people, the meaning still prevails, ‘good food’.

Meat-eating has been a part of almost all the cultures across the globe for ages. The early man has eaten the flesh of birds; land and aquatic animals alike, all for survival. And the tradition has continued until today. But with a pattern. More often than not, we eat meat that our ancestors ate. If the aborigines never ate them, chances are, we wouldn’t either. This forms the entire basis of humans eating budgies even today. So, why do humans eat pet Budgies?

Why do humans eat Budgies?

Hearing about someone eating a budgie may sound strange to you. But every now or then, you’d be able to spot a person talking about eating a budgie or a cockatoo. For authenticating, don’t believe us. Punch a few combinations of ‘people eating budgie’ on uncensored internet and you’d find enough instances of the unknown reality of the meat-eaters. That said, why would someone eat a Budgie, a cute little sensitive bird? A sense of curiosity to explore this led me to detailed research. I’ve enlisted here a few reasons based on plain facts as discovered by me:

Humans were originally nomads and adapted to living in houses until a few thousand years ago only. But there are still many of us who haven’t taken well to the city life and prefer to stick to living like nomads in dense forests. Like their early-man lifestyle, their survival ways have also remained obsolete. Hunting the wild animals and birds down for food is what they still practice rather than buying it from supermarkets. With Australia still being a hub for the likes of nomadic, the crowning glory of the continent, i.e. the most loved pet; Budgie, is still being hunted down now and then.

Aborigines still inhabit tribal areas of Victoria, Queensland, and New South Wales. They are the successors of the indigenous people who set up their communities here thousands of years ago. The world changes but they do not. The reason being that they never became part of this transformation. They have always preferred living in their little world, staying disconnected from the more common lifestyle and eating habits. Following the lines of their centuries-old food practices, these indigenous people continue to trap and eat the birds that densely inhabit their tribal regions, i.e. budgies.

Budgerigar is derived from a Gamilaraay Aboriginal language name ‘Betcherrygah’, this could translate as “tasty treat”

Americans love lamb; Middle-Easterns mutton; Japanese seafood, Australian Aborigines indigenous bird meat. Their love for many avian species like Kiwi, many species of Emu, Lord Howe Pigeon, Tasmanian Starling made all these species disappear from the earth. And the major part of their love for them stemmed from hunting them down to satisfy their taste buds.

Thankfully, Budgies did not go extinct due to their incessant breeding in the wild and captivity. But going deeper into this can make you spot a bird meat lover who wants a budgie or even a cockatoo for a ‘tender and sumptuous dinner’. A quick search on the uncensored search engines would give you multiple recipe videos of aborigine chefs cooking kangaroos, emus, and budgies; Mark Olive being the torch-bearer.

Is it okay to humans eat Budgies?

For vegetarians, it is okay to have milk; for meat-eaters, it is okay to eat beef/pig/chicken; for cannibals, it is okay to savor human flesh; it is all subjective. Morality says killing any being that can sense pain is inappropriate and it seems the right way.

But when it comes to survival, morality takes a backseat. With Central Australia having not much means of food, the aborigines are bound to eat what is widely available. Getting a lot of food in a single trap, as budgies flock in large groups together, is their kind of trip-to-grocery-store. Similarly, with almost no agriculture industry prevalent, China is forced to eat Budgies and numerous other birds. Busting of a huge parrot-smuggling racket on the India-Nepal border in 2005 is yet another proof of the existence of such palates.

Summing Up – Do not worry

It might not be okay to eat budgie, or for that matter, any living being out there. But over centuries, humans have, knowingly or unknowingly, established themselves at the top of the food chain. With no technique for cultivation thousands of years ago, aborigines in Amazon hunted down what was in abundance. With Japan blocking China’s import of grains and vegetables from Europe, the country was forced to opt for alternative ways to keep its population alive. The zero agricultural technique led the country to hunt down animals, insects, and birds alike.

It makes me really sad that someone may harm these little beautiful creatures. We source the whole internet for this information about eating Budgie pets because you can also translate Budgerigar as a “tasty treat”. by the aborigines, but this can be likely apocryphal. Budgies are great and beautiful pets. Let’s keep them safe 🧡

2 thoughts on “Do Humans eat Budgies: Myth or reality?”