When kept under the correct conditions, birds are wonderful pets. Although some pets like cats and dogs usually love the company of other animals, not all birds fancy living in flocks especially if they are used to a solitary life.
Could your current budgerigar be feeling lonely? Did you know that budgerigars generally enjoy the company of other birds? Read this article to the end to discover how and when to introduce a second budgerigar

When to introduce a second Budgerigar?

Many people who keep bird pets begin with one bird. Perhaps you have spent enough time contemplating your decision; you have gathered enough statistics and data on budgerigars, you have acquired fun toys and a cage, you know where to purchase the best birdfeed. Finally, you start making contact with the best breeder or pet shop for your second budgie.

However, along the way you develop a thought…
Is it the right time for another budgie? The following are signs that you may need more budgerigars:

Although male budgies generally get along well in flocks, females are territorial when putting in flocks and they tend to mark their territories well. Therefore, base your selection of the second budgie on gender, especially if the cage is small. There should be room for escape should the female refuse to accept the constant courtship disturbances of the male.

If your budgerigar looks unhappy, or uninterested, but you have confirmed that the bird is not sick, try providing the budgie with more psychologically exciting triggers, for instance, music, toys, longer periods out of the cage, and television. Consider introducing another bird if the bird’s condition does not change.

How to introduce a second budgerigar

Keeping several budgerigars is not a bad move. However, these birds are brainy and to avoid a fight over territorial control, there is a need for adequate incentives when introducing another in the cage. Only add anew bird to your household if their interactive environment, health, and safety are guaranteed.

Do not introduce a new budgerigar to the current one before keeping it in isolation for some time. Do not be too quick to trust the health status of the new bird even if you soured it from a reputable pet store or breeder. Let a good veterinary officer check to confirm that the new bird is free from parasites and diseases that might infect the two birds.

After the treatment, keep your new bird in a separate room in a clean sterilized cage for a minimum of 30 days. This is to prevent likely developing or undetected illnesses from reaching your current bird. Ideally, your choice of the separate room should be such that your current bird can hear but cannot see the new addition. Ensure that the new bird does not show any signs of disease and there are no visible parasites before initiating an introduction.

This step can last for a week. Do not let the two birds loose yet. They may get territorial. Try taking the new caged-bird into the existing budgerigar’s room. Do not bring the two cages too close. Although some budgerigars may not mind sharing a room with others, they hate sharing their immediate spaces. The objective is for the birds to befriend each other but at the same time avoiding the possibility of an overexcitement that might end in a fight. In case there are no signs of aggression, try moving their cages closer and monitor the reactions of both birds closely.

At times, budgerigar hates visitors in their territory. If your bird is of that type, choose a neutral room when making introductions.

Step #3: out of cage introductions

After about a week of caged introductions, let your two budgerigars met outside their cages preferably in a neutral room. Do not be surprised if your old budgie keeps coldness towards the stranger, or refuses to perch on your finger or starts biting your finger. He might just be jealous for a while, the jealousy won’t last long.

Expect some minor power struggle at this stage. You are likely to see your old budgerigar flying to the new arrival, perching on top of his cage, eating nearby food, reaching a toy, and looking like he is scrutinizing something. Don’t be surprised, He is trying to demarcate his territory. However, there is no harm in separating them and trying another day if things get worse.

Step #4: moving in together

After observing that the new birds are now good friends, it is time to make them live in one cage. Do not pick a cage for them; give them the opportunity to decide where they want to be caged. Leave the two in a room where you keep their cages. Leave both cages open. When it is time to enter the cage, they should decide the cage they love and move in there on their own volition.
However, keep monitoring their relationship for several days to confirm that they are getting along.

Keeping several budgerigars is okay. However, ensure that you prepare your current budgerigar adequately to prevent it from feeling rejected and unwanted. Subject the two birds to similar treatment because budgerigars are clever and jealous birds and can easily detect any smallest form of discrimination. However, if the introduction is done correctly, budgerigars get along well with others. 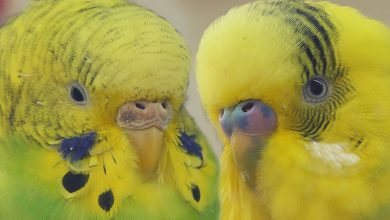 Budgie Gender a Boy or a Girl? 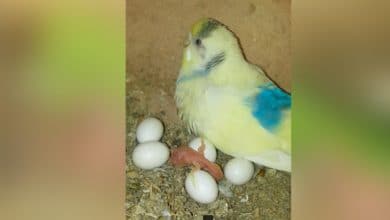 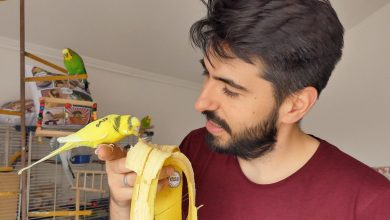 Can Parakeets Eat Bananas? Is it safe Parakeet Fruits? 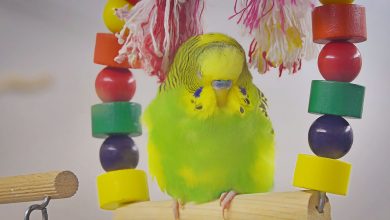