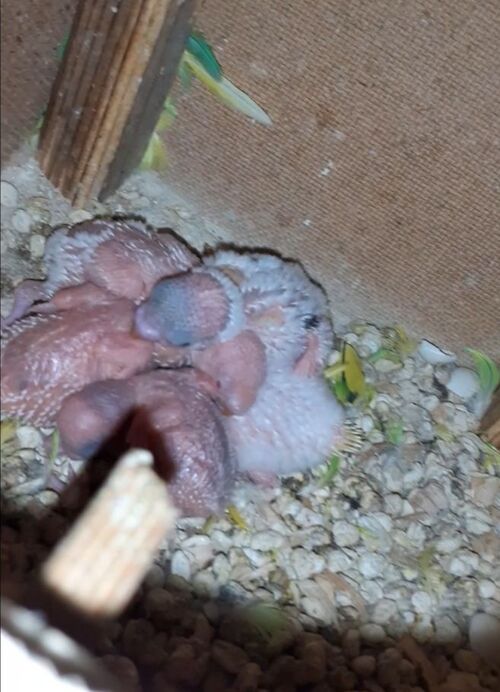 I just realized that budgie are very special creatures… I have them all my life, but this year is so special to me. This spring I had about 3 or 4 budgie…but now I have around 30!!! I know, it’s so amazing.

My plan is to build a mini flock and buy different species like rosellas and cockatiel…Wish me luck! Maybe I decide to post some video on youtube someday..who knows.

I am attaching a few pictures of my birds!

If you want to write guest posts, tell us your Budgie story here

Budgies are one of the popular parrot species used as pets. They are also the most popular pet bird by a large measure after dog and cat, due to the fact that they are small and they are not expensive to manage. Budgie and other parakeet species are native to Australia, where they are still found in huge flocks in grasslands. Their wild species are slightly smaller than the birds normally found in pet stores, which have now undergone decades of captive breeding.
There are two types of budgies common to the pet trade which are the American budgie or parakeet and the English budgie. The American variety is the one most commonly found in pet stores, while the type often seen in exhibitions and shows is the larger English budgie. English budgies have a different appearance than American budgies, but both types belong to the same species.
Breeding budgies is a very interesting thing to do but some things as to be considered and put in place for successful breeding.

After getting your breeding pair it is important to inspect them. They will need to be healthy, over 10 months, and well bonded. Bonded means they are a mating pair, so display mating behavior such as holding beaks. If they are from the same family, it is best to split them up and introducing another make or female to breed from. Breeding to a close relative can cause genetic mutations and result in chicks being born deformed, with weak immunity or even dead.
If a particular color in desired, research on the desired trait should be done before buying the breeding mate. A lot of research has been done in identifying the different color mutations and how they are created.

It is necessary to separate the pair you want to breed from any other birds you have. This will ensure it is the pair you want mating and also given them the privacy to bond and mate. You will need a large cage, which is at least 24 inches by 16 inches, and 18 inches tall.

link to Did you know Queen Elizabeth had a Budgie?

You are right, Budgies are royal pets, Did you know Queen Elizabeth had a Budgie? I know you are probably just sitting on your rolling chair and sipping down a drink of mocha (with extra shots of...

Continue Reading
link to Male or Female Budgie to have as a pet?