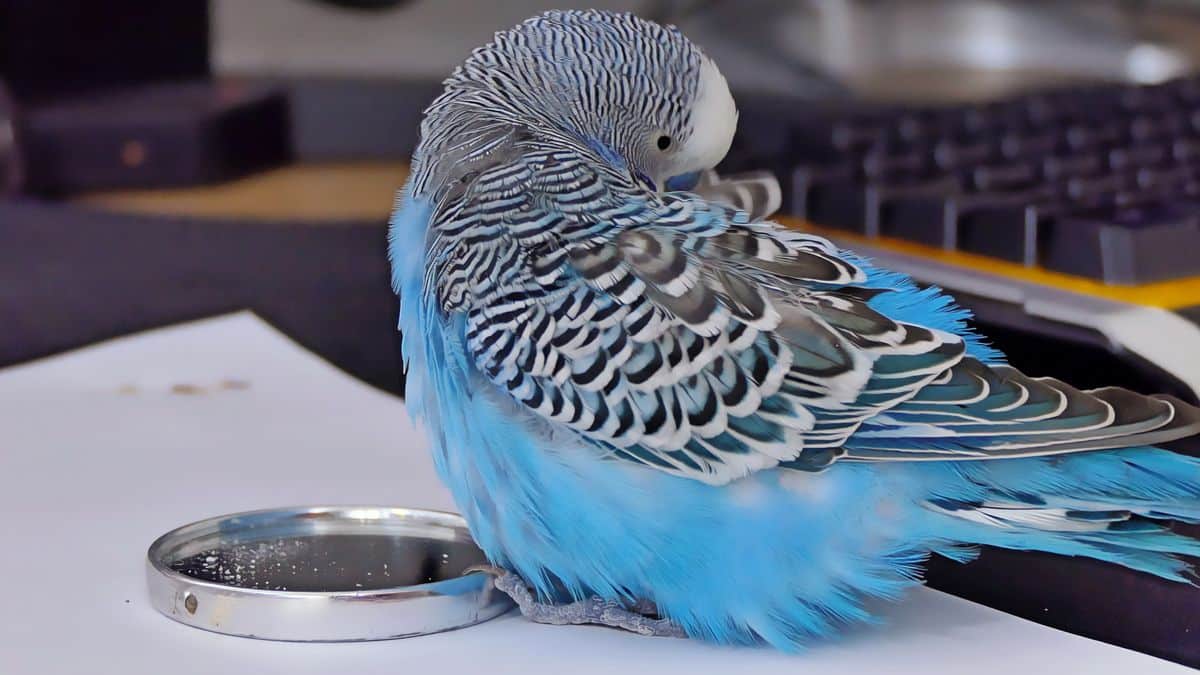 It’s all about if your bird is infected with the bacteria and if you’re sensitive to the allergen like bird feathers dust. Let’s talk more about this kind of issue.

Having pets at home is soothing. They de-stress your mind at the end of a busy day. And when these pets are our most adorable feathery family member, Budgie, it is as soothing as entertaining. All they want is to entertain you and see you happy while playing with them at the end of a long day. And the feeling is mutual. After all, the companions are a source of happiness for each other.

But, many times, they can be a cause of a little discomfort. Sayu, talking particularly about budgies, many studies are proving them to be a cause of probable deadly illnesses in humans. And their feathers seem to play a major role in transmitting such diseases to their parents. So, what is the reality around the whole discussion going on around budgies’ feather diseases? Is it possible to get ill from budgies? And if yes, what are the signs, symptoms, and precautions that can be taken by us all, for taking care of both us and our little bird?

Can Budgie Feathers make you Sick?

Yes, contrary to the general negation of the fact, the reality is far from the truth. Humans do catch diseases from Budgies’ feathers. It simply works the way pet dander affects us. The dander from the feathers of budgies can also be a cause of various allergies which can ultimately turn to deadly diseases if left untreated. So, what exactly is the disease? How is it caused and diagnosed when contracted? Can we do anything about it beforehand? Let’s dive deeper.

Psittacosis– Budgie feathers are known to contract disease Psittacosis that is caused by the germ Chlamydia Psittaci. Though uncommon, it is contagious enough to transmit to humans easily. Also known as Ornithosis, the disease tends to affect the human lungs causing various illnesses.

Asthma– In case of a sudden allergic reaction to the dander, one can contract a certain form of asthma.

So, to prevent yourself from catching it, precaution must be taken when you see our budgie ill. It is best to take him to the vet immediately before the disease gets deadly for him and you. So, how do you know that your budgie has been attacked by the germs?

Signs that Budgie is Sick

To know that the germs are hiding in your Budgie’s feathers, look for the following symptoms in your little bird:

That said, many birds can be asymptomatic and may not show any sign. All they feel is abnormally stressed due to the discomfort they might be combatting. If you tend to share a great bond with your bird, you can easily notice the change. Hence, it’s time to see the vet.

Psittacosis might be contagious and after getting transmitted from Budgie feathers to the human, it might take a minimum of 5 days and a maximum of 15 days for the symptoms to show up. Such symptoms may be either abrupt in the former time frame and gradual in the latter one.

Sensitive people are known to catch the disease sooner than otherwise. But whether you’ve become the victim of the parasitic attack, look for the following signs fr affirmation:

Although the infection affects human lungs, if left untreated, it may soon start spreading to other organs like the liver, heart, skin, gastrointestinal tract, and central nervous system. This may lead to a dysfunctional immune system resulting in:

The pet store workers, aviary owners, and the pet parents at home are at the most risk of catching these infections from their budgies. That said, there is no guarantee that everyone will contract the disease. Most of the time, people live happily with their budgies without any such issue. It’s all about if your bird is infected with the bacteria and if you’re sensitive to the allergen like bird feather dust. But for those who catch them, it may be due to:

Treatment of the Infection

At the onset of the disease, you might feel flu-like symptoms. This can be easily treated at home with antibiotics like Tetracycline. But if the diagnosis comes at a stage where the symptoms are way beyond the flu-like initial stage, it’s time to seek medical treatment.

Though it is very uncommon to get seriously affected by your budgie feather dander, the chances are always there. To make the chances close to nil, it is better to take precautionary measures like:

This way, both you and your little bird will always be free from such a deadly disease.